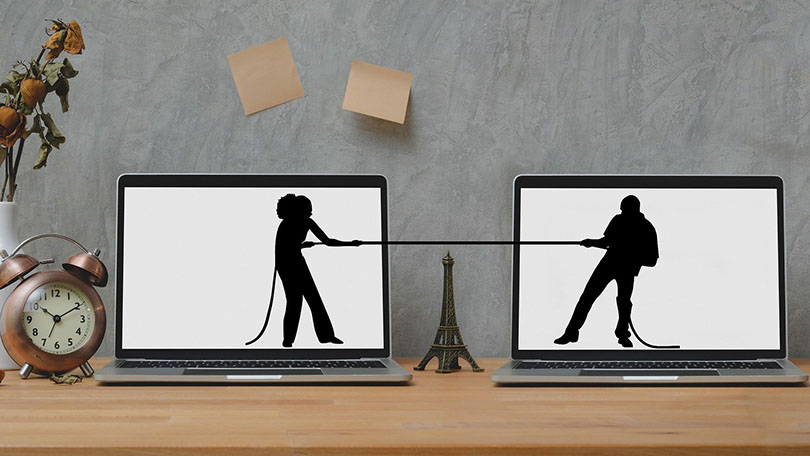 Lebron James was criticized on a local sports talk station for using offensive words based on a stereotype about an ethnic group. I’m sure Mr. James did not intend to be hurtful, but the incident illustrates that our society now takes offensive stereotypes seriously when applied to ethnic groups. When will we show similar concerns about stereotypes used to denigrate and harm women?

Family courts routinely use the “high conflict” approach that is based on the stereotypes of the vindictive woman and the nagging wife. This approach encourages courts to assume that protective mothers report the fathers’ abuse out of anger at their partner rather than to protect their children.

This biased approach puts protective mothers at a huge disadvantage, but there has been little discussion about the sexist nature of this approach. The problem with using the high conflict approach is that it gives abusers an unfair advantage and helps distort reality for the courts. At the start of the litigation, the false assumptions lead courts to risky temporary orders that bias the case and silence the children. There is then extreme prejudice and bias to continue the temporary decisions made without the benefit of evidence or research.

What Are High Conflict Approaches

High conflict approaches assume that the case involves two safe and loving parents who want what is best for their children and just need to get over their anger related to the end of the relationship. The response is designed to help the parents learn to communicate and cooperate so they can have a successful co-parenting relationship. The reality is very different.

Co-parenting has some merit in the large majority of cases that are destined to reach an amicable settlement. Contested custody cases involve very different types of parents. Between 75-90% of contested cases involve domestic violence and really the most dangerous abusers. These are men who believe she has no right to leave and so they feel entitled to use whatever tactics are needed to regain what he believes is his right to control his partner and punish her for leaving. This is why so many of these cases involve the death of mothers and children and children’s lives that abusers ruin.

High conflict approaches assume that mothers’ reports of domestic violence (DV) or child abuse are false or exaggerated. The Bala Study tells us that deliberate false reports by mothers in contested custody occur less than two percent of the time. And mothers are far more likely to minimize the father’s abuse. The mistaken assumptions lead mothers’ attorneys and other court professionals to discourage reporting abuse. This results in denying courts the information they need to protect children.

High conflict approaches mean courts immediately assume fathers (but not mothers) are acting in good faith instead of waiting for the evidence to make this determination. The courts assume the goal is co-parenting and judge parents on their willingness to cooperate. Abusers seek custody to regain access to their victim and are happy to seek shared parenting as a first step to gaining full control.

Most of the mothers are the primary attachment figures for their children. This means that children need their mothers more than their fathers but the courts are creating a false equivalency. The mistake is even greater in the majority of cases in which the father abused the mother. The father’s abuse means he is causing more harm than good and he needs to change his behavior if his relationship with the child is to be beneficial.

Mothers’ attempts to protect their child, as any good parent would do are viewed as an obstacle to the co-parenting arrangement the court is promoting. This goal benefits courts trying to control overcrowded dockets, but is harmful to the children. ACE (adverse childhood experiences) research informs us that contested custody is often the last chance to save children from a lifetime of misery, but few courts are considering this research even though it comes from the Centers for Disease Control and Prevention and is taught by the National Council of Juvenile and Family Court Judges.

Mothers faced with the high conflict approach can try to protect their children but this is often misunderstood and can lead to custody for the father or worse, or they can cooperate with the court and abuser in order to stay in the children’s lives but must accept the children will witness more abuse and therefore will have shorter lives and a lifetime of health and social problems.

The Bias of High Conflict Approaches

In reality, children need their primary attachment figure more than the other parent and the safe parent more than the abuser. For obvious reasons, the children have a closer relationship with their primary parent and with their safe parent. For the court, promoting equal parenting means favoring the parent with the weaker relationship so both parents can be equally involved. Courts take this so far that they will threaten mothers and actually award custody to the parent the children need less.

Based on the ACE research, abusers are doing children more harm than good. Promoting the health and safety of children would require forcing the abuser to change their behavior if they want a relationship. Courts focusing on high conflict and co-parenting instead pressure mothers and children to accommodate the abuser. And, the worst courts are willing to punish mothers, which is really punishing children by giving custody and control to abusive fathers.

Most contested custody involve abusive fathers who believe she has no right to leave and so use custody tactics to regain control and punish the mother. High conflict approaches refuse to consider the most likely situation. It would be unfair to assume the father has bad motives, but it is equally unfair to assume he is acting out of love for the child and so refuse to consider evidence about his motives. Many standard abuser legal tactics deliberately harm children, but courts using high conflict assumptions refuse to consider evidence that could help them understand the case.

The ACE research tells us it is critical for children exposed to ACEs to receive trauma-informed care to deal with problems as they develop and to reduce the fear and stress abusers cause. The Saunders research tells us that abusers use shared parenting to block any decisions the mother wants and especially therapy because they don’t want the child revealing his abuse. An alleged abuser’s efforts to obstruct therapy and other decisions tend to confirm the father’s motives. Shared parenting tends to silence children and prevent needed treatment. During litigation, these obstacles undermine the ability of courts to gain important information. Nevertheless, high conflict approaches promote all these harmful results.

All of the mistakes high conflict approaches promote favor abusive fathers and harm children. These practices encourage abusers to be unreasonable and to continue their harmful litigation tactics. The best solution to DV cases is for abusers to change their behavior in order to improve their relationship with the children. This is the only win-win solution, but high conflict approaches tell abusers they don’t have to change their behavior and they can regain control.

The Harm that Keeps Giving

ACE and Saunders are peer-reviewed scientific research from the most credible sources and yet the family courts have been slow to take advantage of this information. This research established that many standard court practices are working poorly for children. This is not surprising as the practices were developed without the benefit of research. The courts just do not seem to have an effective mechanism for updating practices and integrating important research.

Every year 58,000 children are sent for custody or unprotected visitation with dangerous abusers. In the last ten years, over 750 of these children have been murdered mostly by abusive fathers. In many cases, the court gave the killer the access he needed, but these unbearable tragedies have not sparked work on reforms.

Inertia favors the high conflict approaches but the research proves they are harmful to children. Many court professionals oppose needed reforms because they make a good living using the present practices. Many court officials are too defensive when reports of the harm courts are doing to children surface.

Children don’t seem to have any influence in promoting needed reforms. The children speak in the research and in the pictures of their dead brothers and sisters. I think it is time we listened.