Editor’s Note- This poignant piece was written in direct response to the innumerable scandals related to sexual violence within the Catholic Church. But the truth it relates is true for any church that is rocked by revelations of sexual abuse. Any school. And any family. Because sexual abuse is always painful, conflicting, and bewildering for the innocent bystanders; the parishioners, the non-offending relatives, the siblings of the victim.

As you enjoy this piece, don’t be restrained by the most literal interpretation of it.

Sometimes we hear it in murmurs, posed to us as a question: “How can the Catholic Church heal and move forward in the face of this scandal?”

Sometimes it comes in the form of a command, “We must heal and move forward from this scandal!”

Healing is good. But healing by definition necessitates acknowledging the injury. You can’t heal from a wound that is never treated. Especially if the wounding is ongoing.

This abuse within the Catholic Church is ubiquitous, systemic and ongoing. So open wounds, bleeding the lifeblood of hope and confidence in the Church are still being dealt. How do you heal from the wounds being dealt, while flinching in anticipation of the blows of scandal yet to strike?

Malcolm X was once asked if he thought progress had been made in regard to the indignities and injustices endured by Black America. He answered, “If you stick a knife in my back nine inches and pull it out six inches, there’s no progress. If you pull it all the way out that’s not progress. Progress is healing the wound that the blow made.”

Catholics, consider that there is not only a single knife lodged in the Mystical Body of Christ, but like St. Sebastian’s martyrdom, the wounding could more aptly be compared to the torment of many arrows. “Heal and move forward”? Very well then. Stop the wounds from being afflicted. Purge the system of abusers and dismantle the culture of silence. Do not make excuses for evil. Do not be an enabler of evil. Do not let this become the new normal.

It is not normal in the face of this scandal to make excuses for priests groping women.

It is not normal to bully people leaving the faith using the language of domestic abusers, “The Church is your mother! Would you ever abandon your mother!?”

Did your mother molest you? Or an altar boy? Or many, many, many women and girls and men and boys, children? Because if she did, yes, you might want to get some healthy distance; rather than being an enabler, you might want to protect yourself and others from her. Because as much as it pains us, “Our Mother” as she is now is dangerous and unwell, and may destroy us in the process of destroying herself.

It isn’t normal to cry “Don’t leave Peter because of Judas” or “This is just some bad apples” when Catholics all over the world don’t know whom to turn to for help because the whole tree is toxic and festering. You can’t say, “these evil, abusive, priests, nuns, deacons, bishops and cardinals are not the Church” when there are this many of them, and nobody has an answer for how to get rid of them all.

Holding people hostage in the name of Christ’s imparted authority to Apostolic succession and the Eucharist as bargaining chips was part of what caused the Reformation to continue and persist. It wasn’t that our separated brothers and sisters loved Our Lord less than the oh so superior Catholics. It was that we forced them to play a game of Russian roulette in which the priests in the confessional might shrive them in the name of the Father, the Son and the Holy Spirit…or he might molest them in Their name.

Some people think that the Church is under attack from within by gay clergy. Homophobia aside (that’s a topic for another day), this argument misses the point. The thing attacking the Church from within is a spirit of disregard for the Truth and the Sacred image of God dwelling within every human being. To combat this attack we must commit ourselves to acceptance of the truth even if the truth is painful. And never, never losing sight of the image of God within each of us. 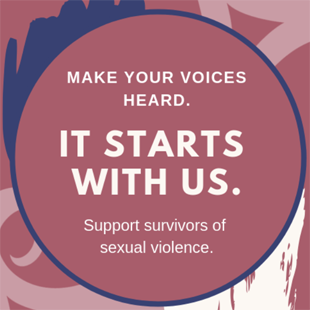