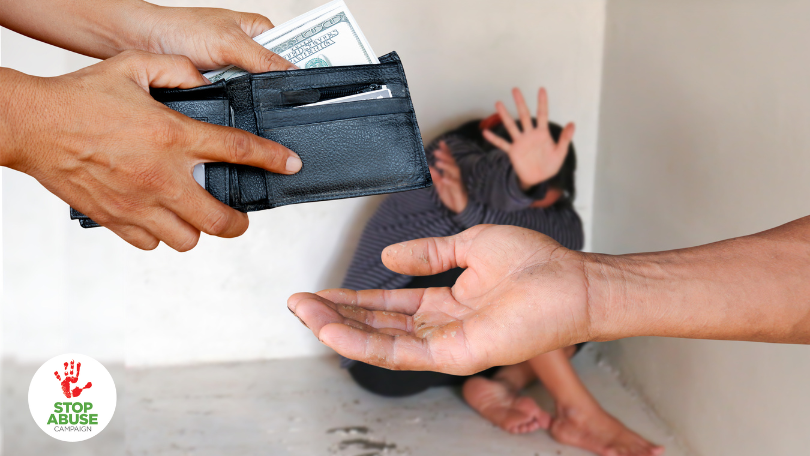 Right now, on social media, elected officials, advocates for children, and everyone else is posting messages about “why haven’t any of Jeffrey Epstein’s clients been arrested?” or “when are we going to see the list of Epstein’s clients?” As a long-time advocate against child sexual abuse and trafficking, I find this sudden fixation on the case as amusing as it is concerning.

There are many reasons the Epstein case has captured the public’s imagination and triggered cries for justice and vengeance from many who are at best ignorant of the topic. This case provides us with a perfect villain. The fantasy of who may be on that list is tantalizing, but for many of the wrong reasons.

To understand it better, let’s look at the role cognitive dissonance plays in our perception of sexual offenders.

Let’s pretend a low-budget version of Epstein’s sex trafficking scheme came to light in your hometown. A high-powered executive was providing sexual access to teenagers for money. It was so profitable he even had someone hang out near the social service offices and the alternative high school to find desperate teens, be kind to them, offer them whatever they needed to make it through the day, the week, the month, and make sure they knew that none of it was for free. After years of doing this, he got arrested. A few of his victims sued him, and as part of their award, they asked for all the names of the people who paid for sexual access to them to be posted on a website.

As a good citizen, you check out the website. You see your father’s name and your brother’s name on it.

You are now having a very bad day. So are lots of people in your town.

Child sexual abuse has been on the public radar since the early 1980s. And since the 1980s, it is always the smallest and rarest subsets that capture the public’s attention. In the 1980s and 1990s, it was “stranger danger.” In the 2000s, it was “stranger danger” based on online seduction or stalking. Around the 2010s, it became child sex trafficking.

All of these subsets of sexual abuse do happen, but all of them are rare. Stranger abduction accounts for at most a few hundred cases annually; child sex trafficking numbers are estimated at between 4,500–21,000 at any given time.

What if your loved one were on a similar list to Jeffrey Epstein’s?

Let’s go back to the low-budget trafficker in your town. When you see your relatives’ names on that list, unless you had prior reason to suspect them or received a lot of training about sexual abuse, your first instinct will probably be to disbelieve the accusations.

You can justify that by saying “these are just accusations; no one has been convicted.” And that is one of the reasons we will never see a list of Epstein’s clients.

All of them are protected from criminal prosecution by New York’s Statute of Limitations on child sexual abuse.

A few of Epstein’s victims sued his estate under New York’s Child Victims Act, which provided victims two years to sue between 2019 and 2021. I am unaware of any of these cases that have made it to court; most victims are opting for out-of-court settlements.

The painful cognitive dissonance of bringing it home

It would be possible, in theory, for victims to request a list of the clients to be posted somewhere; there would surely be stipulations about which survivors or what source documents could be used. But even under these circumstances, people would dispute the names on that list that they didn’t want to believe belonged there. And this is why the Epstein case is so appealing—very few of us have family or friends in the income bracket he catered to.

Hating Epstein gives us a chance to hate billionaires and sex offenders without any of the painful cognitive dissonances that come from taking a side in cases closer to home.

What will you do?

Will you stop consuming movies or music made by people named on that list? Will you find a new financial advisor? Will you consult the list before picking a new one?

Or will you feel so uncomfortable seeing people you feel good about being accused of something terrible that you’ll experience cognitive dissonance and rack your brain for reasons to believe these people were falsely accused?

When it comes to high-profile people, these rules of engagement quickly come into play. Many of us hailed the game-changing power of the #MeToo movement as we saw celebrities publicly shamed for bad behavior. Most of them escaped consequences in the criminal justice system (mainly because of statutes of limitation and the lack of statutes to prosecute sexual harassment).

While we witnessed public falls from grace, most of the accused managed to re-start their careers without significant consequences. And this is the saddest part of the frenzied cries to see Epstein’s client list.

Do you really want to protect children from sexual abuse? Start here.

If you really want to protect children from sexual abuse, here are the facts you need to know. Once you understand them, they become a lens through which you view the world. And once you’re doing that, you can be a force of change.

When, and if, we can all get behind this, when we can make child sexual abuse a matter of national importance and not identity politics, we can start protecting children.