Homelessness is a journey that starts in the family 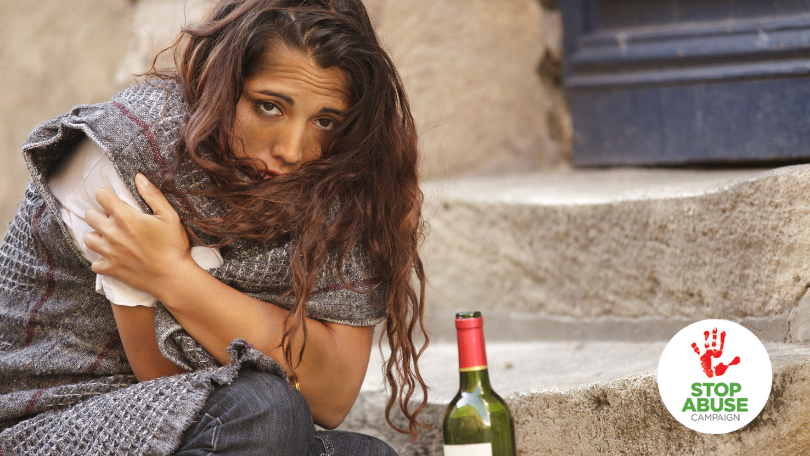 Homelessness in the US: The drivers and solutions

The knock on my front door was slow, loud, and rhythmic, like a teenager’s who knows a little tune would amuse someone on the other side. I was thrilled to see Brian knocking. I hadn’t seen him since winter, and mercilessly hot summers in the Northeast are as dangerous for homeless folks as winters.

Brian is one of a handful of homeless men in my neighborhood who comes to my house when he needs cash; at first, he offers to do odd chores like shoveling snow or weeding. When I don’t need help, he begs or offers to sell me any of the sundry goods in his backpack, freshly lifted from a nearby store. He arrives in various stages of intoxication; I’ve seen him fresh out of rehab, and I’ve seen him very far from that.

Our house of cards: Understanding homelessness in America

Brian illustrates how complex the problem of homelessness is and how unhelpful our reductionist stereotypes about it are.

We tend to turn away from the homeless. We naturally associate things like drug addiction and the symptoms of psychotic mental illness with danger. Homelessness lends itself to unpleasant violations of sanitation. We don’t like being asked for money by panhandlers. And depending on what we believe causes it, focusing on homeless people reminds us of our vulnerabilities.

Who’s to blame? The homeless or the society we build?

When we discuss homelessness, we try to discuss it in a way that will elicit sympathy, and often donations to the local shelter, which is most likely leading the conversation. The most sympathetic lens sees it as something that can happen to anyone, based on housing costs and a frayed social safety net. That narrative is more accurate in some places than others; homelessness in California is a rapidly growing problem, and skyrocketing housing costs undoubtedly play a role. But Rochester, NY, has some of the most under-valued housing in the country, coupled with a generally low cost-of-living index, but it also has a severe homelessness problem.

The causes of homelessness? It’s not what you think…

People with these diagnoses are genuinely hard to help, at least partly because sufferers get so absorbed in their own personal realities that they cannot cooperate with people with their best interests at heart. So, they tend to stay on the street.

Mental illness is common among homeless people, but the most common diagnoses include substance abuse and mood disorders. Brian seems to fall into this category; I have known him for years; he suffers from Substance Abuse Disorder, maybe mood disorders, too, but he isn’t psychotic. About 10% of Americans will meet the criteria for Substance Abuse Disorder at some point in their life, but most won’t end up homeless.

So, why do some people with a particular diagnosis become homeless while some with the same diagnosis don’t? This question often becomes, “how could someone let their child become homeless?”

The question itself is important.

Homeless people may have no living relatives, although this is rare. A standard narrative of how people become homeless is that they get kicked out of their homes, often due to drug use. This makes sense; life with someone in the throes of substance abuse disorder can be unpleasant, unsafe, and often considered “enabling”—ditto the tiny percentage of cases where uncontrolled mental illness triggers violent behavior.

LGBTQI+ service providers are all too familiar with instances of parents throwing a child out of their home based on the child’s sexual orientation. This is one of the common causes of youth homelessness in America.

But there can be other reasons homelessness is more appealing than moving back in with family.

Did they choose to be homeless?

A few years ago, pictures of a missing woman flooded local Facebook groups. The picture was pushed out, apparently, by her mother. I had seen her frequenting a street corner at the local skid row where I did outreach. Another outreach worker told me she had spoken with this “missing” woman, and the woman didn’t want to return home.

Every outreach worker in town and several police officers had the same experience. I gave her a winter coat, a change of clothes, and a burner cell phone that somebody had donated, and she reiterated that she was happier, safer, and healthier on the street than with her mother.

Winter in Rochester isn’t pleasant for anyone; when your worldly possessions are so few you can put them in a shopping bag, it’s particularly unpleasant. But this woman believed living with her mother was worse.

The Adverse Childhood Experiences (ACEs) study demonstrated that child abuse, neglect, and trauma are more common and damaging than anyone had expected.

One of the ACE study’s takeaways is that these childhood traumas are much more common than law enforcement records or child protective service records would lead us to believe. That means most children suffering from ACEs grow up with their families of origin and, as adults, are left to figure out how to navigate their relationship with their parents without guidance. Many of those children are only willing to navigate as far as the door.

Why don’t they return home?

Research links child abuse and trauma with poor parental attachment. A parent who could not deal with a child’s normal development is unlikely to deal with the burdens of poverty, mental illness symptoms, and addiction symptoms their adult child would bring, even if they did move back home.

Why don’t they find and keep a job?

Abundant research has explained the connections between ACEs and addiction and mental illness on a neurological or cellular level. Why they increase things like poverty and poor work performance is often baffling to those with low ACE scores and so obvious as not to warrant an explanation to those with high scores. But when worlds collide and an answer needs to be delivered, it goes something like this.

The most straightforward explanations are that it’s hard to work when dealing with addiction, mental illness, or physical illness (something high ACE scores predispose survivors to). The odd day missed to deal with the aftermath of a panic attack, a PTSD episode, or a clinically mild bout of depression that may involve endless crying or insufficient energy to get out of bed can affect attendance. Absences affect performance reviews, promotions, and an employee’s feeling of belonging on the job.

The workplace from the ACEs survivor lens

Being in a workplace with people who have not suffered abuse and neglect can be alienating, making survivors feel unwelcome or unwanted.

ACEs and childhood trauma as a root cause of homelessness

Addiction, mental illness, and financial stressors all contribute to homelessness. ACEs cause all three of those issues. So, it should be no surprise that research shows homeless people have elevated ACE scores.

Getting our house in order: How can we prevent homelessness and help the homeless?

Talking about homelessness in the context of ACEs lets us talk about primary prevention and successful intervention in a way we simply cannot right now.

The good news is that we have underutilized strategies for ACE prevention that work. A suite of programs collectively known as Maternal Home Visiting Programs work by pairing isolated, stressed, and likely traumatized new mothers with a professional who supports them. These programs do many valuable things, like lift mothers from poverty and lower maternal mortality. And they prevent ACEs. Sadly, no more than 5% of eligible families currently receive them.

Recognizing childhood trauma as a root cause of homelessness implies that providing homeless citizens with suitable trauma interventions will help them succeed where other programs fail.

The same holds for community mental health services. PTSD isn’t the only way trauma can manifest in terms of mental health symptoms. Someone may present with mood and personality disorders, but their response to appropriate treatments will be much better if we provide them with effective treatment for the underlying trauma.

All the educational and vocational programs aimed at the homeless also need to recognize the role of trauma in participants’ lives.

Talking about ACEs as a root cause of homelessness takes us away from our deeply politicized views of the problem. It also opens the door for a discussion of how to heal some wounded citizens best so they can fully participate in our society.

Housing the homeless is undoubtedly essential, humane, and probably cost-effective. Providing people with tools and services to fully heal is likely an even better option for everyone.

There are people in my neighborhood who earn a living wage doing the same odd jobs Brian has done for me. The same goes for his gifts for storytelling and sales. He has a lot to contribute to the community. He can’t contribute much while homeless. Putting a roof over his head will only do so much.

Brian, and the rest of us, deserve better. And by changing how we view the causes and solutions to homelessness, we may be better able to do end it.