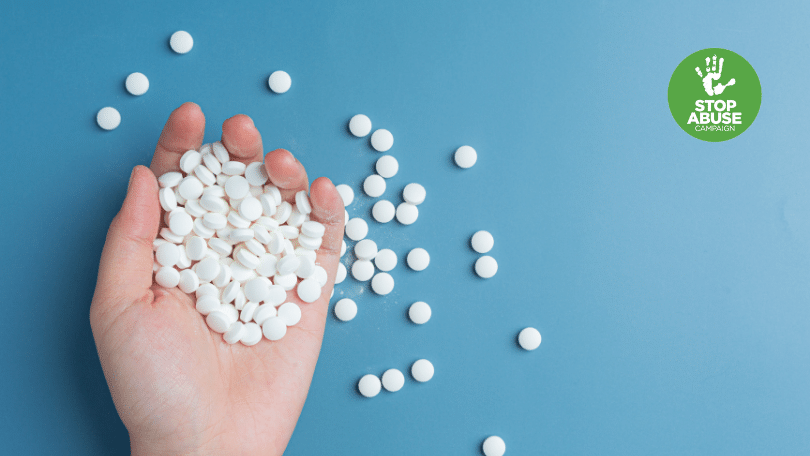 Trigger warning: This article contains a discussion of sexual abuse and suicide. Some readers may find it triggering.

Suicide rates are rising, but we can prevent them

I wondered what sort of gymnastics routine I needed to do to convey my answer accurately. My cousin suicided a week before I got married. My sister attempted multiple times. My almost-niece tried numerous times. At his worst, my husband was attempting multiple times a day. I attempted once and came very close another time. When I was seven, I was in the car with my mother, and she said, “If it weren’t for you, I’d kill myself.”

I understand why suicide is common in my biological and non-biological family, circle of friends, and even some of the music I cherish. I know why, even in a pre-COVID world, it was one of the two factors that were shortening mean lifespans in the US.

When someone suicides, the first question is always “why?” Answers are complicated, especially since the subject matter expert can no longer answer. We want answers that will calm our anger and guilt, two emotional aftershocks that we can count on when someone we know suicides. We expect answers focusing on something immediate; someone just lost their job, lost a relationship, etc. But research has shown that the better way of viewing suicide is something called “psychache,”; the totality of mental pain someone is in, both short-term and chronic.

This pain inventory explains why Adverse Childhood Experiences are related to risk factors of suicidality (an ACE score of 4 or higher increases that risk 30-fold). It’s easy to get clinical when discussing Adverse Childhood Experiences’ community effects. Viewing them through the lens of public health yields lots of information and strategies for helping people and communities heal, but it buffers us from the tragedy that every ACE represents.

We can break the ten ACEs into three categories: abuse (physical, emotional, and sexual), neglect (physical and emotional), and household or familial stressors (severe parental mental illness, parental addiction, parental domestic violence, parental incarceration and having a parent disappear due to death, abandonment or divorce). A score of four or more probably means you experienced ACEs from each category and experienced violations of your body, mind, and family. Your trauma will forever change your ability to be comfortable with your own family, in your own skin, and the contents of your head. And when those violations, those disruptions, those pains, and losses don’t go away and become your reality as an adult, it makes sense that your psychache will be high.

ACEs also contribute to depression and impulsivity, two other things tied to suicidality.

Parents or guardians typically give children their ACEs. Most parents don’t start with a goal of abusing or neglecting their children; nor are they eager to be severely mentally ill, addicted, incarcerated, unable to maintain relationships, or trapped in waves of violence. We also know that if a parent has a high ACE score, their children are more likely to have a high score.

A priest sexually abused my mother, and she suffered crippling anxiety as an adult and was eventually diagnosed with depression. I was an independent adult before anybody treated either. She could never be comfortable in her skin or with the contents of her head. She married a violent sex offender addicted to alcohol, so as an adult, she was never comfortable in her own family.

My childhood was about as much fun as you’d imagine. As was my sister’s. Hence our suicide attempts.

In college, I learned to hide all details of my childhood that revealed how different it was from my peers. I learned to smile and nod when they discussed relationships with their parents, full of love, trust, and mutual respect. Glimmers of their saccharine-sweet, bubble-gum flavored, 1990’s-sitcom-esque life ripped holes in my soul; I wanted a family like that more than anything. I wasn’t sure how to get it but learning how to befriend people like that seemed like a good start. I learned how to socialize with them and how to share a dorm room with them, but there was a level I couldn’t get past with them. But I could get there with people whose childhoods were a little more like mine.

So I married someone whose life wasn’t saccharine-sweet. And of all the kids in his big, complicated family, the one we connected with the deepest, our “almost niece,” was the one who needed the most help. I found I could connect better with the drug dealers in my neighborhood than with all the executives aspiring professionals are advised to network with (although I can at least socialize with them, something lots of folks with high ACE scores struggle with).

Fourteen years post-attempt, I’m still alive, reasonably happy, and reasonably healthy, and most of the time, I’m grateful for that. For some people, surviving suicide is a rock-bottom moment that prompts change. It started some introspection for me as I showered and got ready for work the next day. I decided to stop chasing the trappings of a bubble-gum-and-saccharine life and embrace my past. And I had to accept that most of the things causing my psychache would be part of my life forever. My parents weren’t going to become people I could have a respectful, emotionally-useful relationship with; hell, they weren’t even going to obey the law about things like not sexually abusing children. My husband, in-laws, friends… they were who they were. They saw the world and me as they did and had limitations on how they could support me. In other words, the things hurting me so profoundly 24 hours ago that prompted a suicide attempt weren’t going away… I just had to become less reactive to the pain.

That’s a reasonable short-term decision on an individual level—a big part of what therapy accomplishes. And offering accessible, appropriate treatment to all children and adults who can benefit from it is vital in the context of suicide and many other things. But we can’t say that more access to therapy is “the solution” and ignore ACE prevention.

Most of our discussions on increasing youth suicide rates focus on high levels of social media use; its ubiquitous presence in their lives is one clear difference between the current generation and one’s past. There is no standardized way of collecting ACE scores from youth in real-time, but the scores are startlingly high in the locales that try. Meanwhile, today’s youth are less likely to drink alcohol, less likely to have sex, less likely to start families, drive, and drive while intoxicated. These aren’t bad changes, but these are all things that older generations of ACE survivors used as unhealthy coping mechanisms to survive unhealthy childhoods. Now we have traumatized children, children uncomfortable in their skin, with the contents of their heads, and their own families, who don’t have similar coping mechanisms as earlier generations.

ACEs also add insight into the rising suicide rates among middle-aged white men. Each ACE survivor found something to dull pain or made the pain endurable; when the numbing wore off or they lost their grip on what they were clinging to, but with all that pain still under the surface, suicide became a very predictable choice.

The most effective, affordable, and decent thing we can do to prevent suicide is to prevent the lifetime of pain ACEs cause. The body of work demonstrating that we can prevent ACEs is older than I am. The criminal justice system doesn’t stop them or child protective systems, but by supporting wounded parents long-term, we can.

A suite of programs collectively known as Maternal Home Visiting Programs work by pairing isolated, stressed and likely traumatized new mothers with a professional who supports them. These programs do many valuable things, like lift mothers from poverty and lower maternal mortality. They also have some ability to prevent all ten ACEs from starting.

We also need to change how we discuss suicide and help the suicidal. We don’t like to discuss suicide in any capacity, but this incredibly complex issue gets grossly oversimplified when we do.

Movies and TV suggest that a pep-talk will dissuade someone from attempting suicide. They imply that a complex issue that scares experts can be fixed through a brief interaction with their peers. This implication establishes dangerously false expectations in the minds of the desperate and those desperate to help them.

If someone attempts suicide, they are likely to experience a profound loss of civil rights- they can be involuntarily committed to psychiatric care for 72 hours. Then a more extended commitment may follow. Some people describe the commitment as helpful, most as feeling warehoused, and others as utterly terrifying.

Outpatient therapists can sometimes commit a patient if they think they are at a high risk of suicide; therapists can also stop seeing their patient after their release if they believe the patient is too much of a danger to themselves. Online mental health resources generally forbid discussion of suicide; something that someone believes to be a credible threat will result in a welfare check by law enforcement and possibly an involuntary visit to the psychiatric hospital.

Despite all the efforts put into ensuring suicidal people get help during a crisis, like it or not, eventually, they are sent out into the community they came from, with, at best, an appointment with a therapist and a psychiatrist. No one tries to see if they’re safe at home, no one follows up to see if they are keeping their appointments, and no one seems to care about what happens outside the hospital.

A few weeks before my husband’s first suicide attempt, I bought a $20 parakeet at a pet store. I wasn’t allowed to leave the store without a veritable encyclopedia of information on keeping parakeets happy, healthy, well-mannered, and alive. Sadly that level of care often doesn’t apply to humans.

When I picked my husband up from the psychiatric ward, I introduced myself to the staff at the desk, said who I was retrieving, and asked them what I should watch out for, what I should know, what I should read, and what I should do if I feared he was going to attempt again. They looked at me blankly, mouths agog. She blinked, then replied slowly, as though I wouldn’t understand her answer, “If he attempts again, call 911.”